Everything You Should Know About How Kubernetes Works

So you’ve heard of Kubernetes, and you’ve decided it’s time to dive into what everyone’s talking about. Or maybe you’ve worked with it a little, but you’d like to level up. 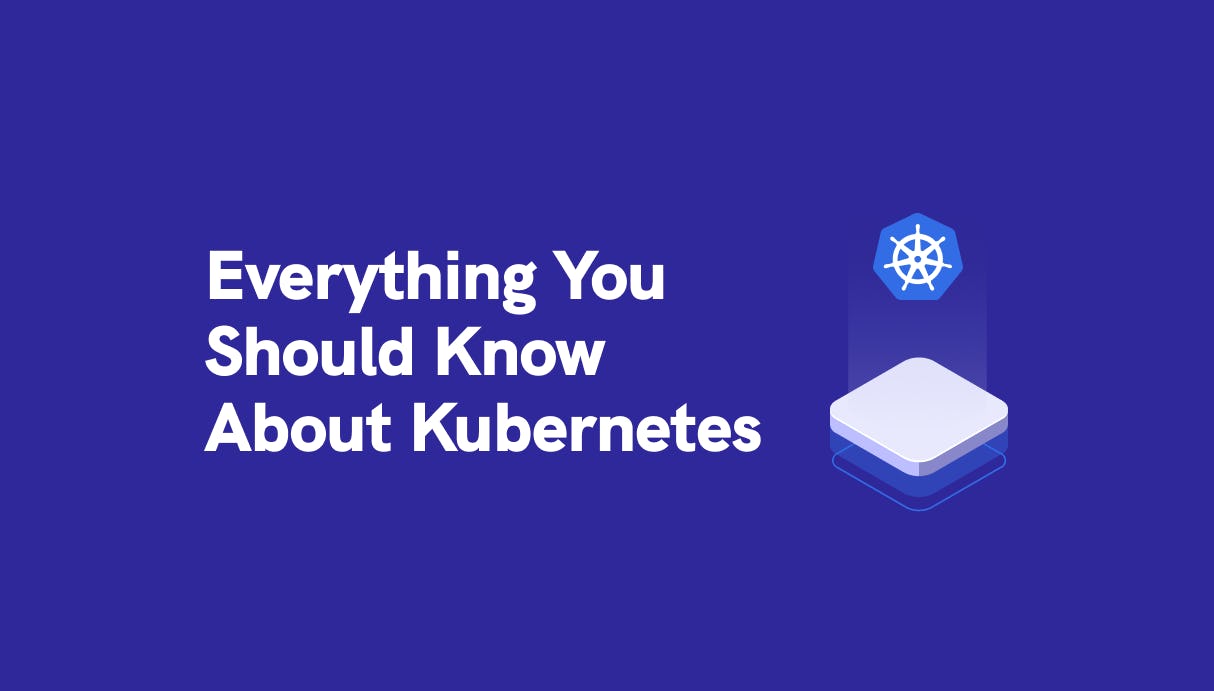 If you're just starting out, be prepared to spend about a month working to understand and deploy your first production-ready pod application. But where to begin?

No worries. This guide will give you an overview of what Kubernetes is, the terminology around it, and how it can help you optimize your containerized applications. Hopefully, by the end of this article, you'll have a firm understanding of the essential concepts, which will allow you to more easily connect the dots that more intensive Kubernetes tutorials provide.

So What Is It?

Kubernetes is a platform for automating the deployment, scaling, and management of containerized applications. It groups containers that make up an application into logical units for easy management and easy deployment on the cloud.

Why Do I Need to Understand It?

Kubernetes allows you to make your application more resilient, enabling static and dynamic scaling. What makes Kubernetes powerful over, say, Docker Compose, is that Kubernetes works as a cluster in multiple nodes, whereas Docker Compose works in a single node.

With Kubernetes, you can make scaling automatic. What if suddenly you have too many requests, and all three available pods can't serve the requests? What if you have no traffic in the early phase of your project, and cluster resources are sitting idle?

Kubernetes can resize the number of replications automatically based on CPU/memory utilization. If it's higher than a certain threshold percentage, Kubernetes can create a new pod to balance the traffic.

Kubernetes's core functionalities include a variety of features, so you'll want to get used to terminology such as:

That's kind of a lot to take in, but we'll take a closer look at each of these functionalities.

A Kubernetes cluster is a set of nodes/VMs with the same computing and memory resources running Kubernetes software. These nodes are also called a node pool.

If you add more nodes to the node pool (ie, horizontal scaling), Kubernetes will redistribute all pods to the new node. Kubernetes tracks various metrics to stay informed as to whether nodes are available—we'll get into that in the Scheduler section later.

All nodes in a Kubernetes cluster have to have the same specification of CPU and memory. It's also recommended that you separate them across regions if you decide to have more than two nodes. In Google Cloud terms, you split nodes on different zonal, regional, or global locations. So if a catastrophic accident occurs in one zonal area, your application still lives on in the other zonal area(s).

Fortunately, cloud infrastructures like AWS, Google Cloud, and DigitalOcean already manage the Kubernetes clusters for you by default. The master node where kubectl resides (and components such as kube-APIserver, etcd, kube-scheduler, kube-cloud-manager, and kube-controller-manager) is being managed by the cloud provider. You only need to provision the number of nodes and physical specs.

Google also took things a step further by introducing GKE Autopilot. With Autopilot, you don't have to manage node pools and kubectl commands; you simply need to specify pods configuration.

Kubernetes's control panel, in short kubectl, is a command-line interface for managing Kubernetes clusters. Let's go over a few examples:

These are some of the basic kubectl commands in Kubernetes, but there are many others if you'd like to learn more.

To deploy an application, you first need a configuration file in YAML format, like docker-compose.yml. In the YAML file, you specify the name of your application, which containers to use, and the CPU/memory resources needed to build your application. You then deploy your application using the kubectl apply command discussed earlier.

When deploying applications, you also need to specify which disk volume you want to attach, what services are needed to expose your application, and which role is available to use the application. We'll go over that next.

Kubernetes, an open-source system, also provides its own role-based access control, known as Kubernetes RBAC. With RBAC, you can control two things:

With roles and role bindings, you can restrict which users have read-only, write-only, or both types of access in a specific namespace.

A ConfigMap helps developers avoid unnecessary duplication of application-specific configuration files across different namespaces/environments running the same application. Secrets are essentially ConfigMaps, but with base64 encoded for sensitive data.

A Kubernetes scheduler is a component that decides where to place your container. It's responsible for determining where to deploy a pod in order to meet certain service level objectives (SLO). It takes into account various metrics such as resource usage and resource availability. In some cases, the scheduler must make the decision based on what resources are available at a given time.

The scheduler is one of the reasons why Kubernetes is so powerful. When scaling, it decides where to put your pod application given available node resources. When one node is missing or unavailable, it schedules all new pods in the missing node to other available nodes, maintaining the same number of replications required.

minikube is a tool to run Kubernetes on your laptop. It runs in a VM and works as a local cluster, but can be scaled to any size.

minikube gives you the opportunity to try out Kubernetes without deploying to the cloud or managing infrastructure. It's designed so you can test by adding more nodes and then scale up for production-grade capacity.

Kubernetes services determine how to expose your application with network service. There are three kinds of services available.

First, by default, each pod is open with Kubernetes internal cluster IP. Each pod has its own IP, and other pods can access this pod using IP. Since this is an internal cluster network, it can only be accessed within the cluster.

The second option is NodePort. Kubernetes has the same port across any pod available, meaning that you can't assign a different pod using the same port. Kubernetes also has its own automatic internal load balancer. You don't have to specify all three nodes to load balance traffic for a specific pod. All traffic from any node IP will route to NodePort service, then redistribute again to the actual application pods.

Kubernetes pods, by default, have ephemeral storage. When the pod is destroyed or replaced with the new pod, it loses all of the data. A persistent volume allows your application to have durable storage independent of the lifecycle of the application pods.

With cloud providers managed by Kubernetes, you don't have to create disk volume. Instead, you only have to claim it with a specified volume configuration, and the volume will be provided when a pod is built.

In this article, you learned the essential functionalities of Kubernetes and its components. However, you may be wondering, "What's next?" For example, how do you integrate CI/CD to your Kubernetes? How do you create a continuous deployment from updating your repo, rebuilding the image, and letting Kubernetes know to redeploy your application without restarting all of the available pods?

This is where Qovery comes in. Qovery makes it easy for you to seamlessly deploy an application in your repo to AWS - by empowering Kubernetes behind the scene. Push your code, and let Qovery handle the rest.