Our last Qovery Demo Day took place on a live on the first Thursday of May. This event aims to give you some insights into what we did during the past month and what’s next and showcase some of our new features. During this demo day, Bilel (Software Engineer at Qovery) and Romain (Software Engineer at Qovery) joined me to talk about Terraform Improvements demo and Docker Build Improvements demo. 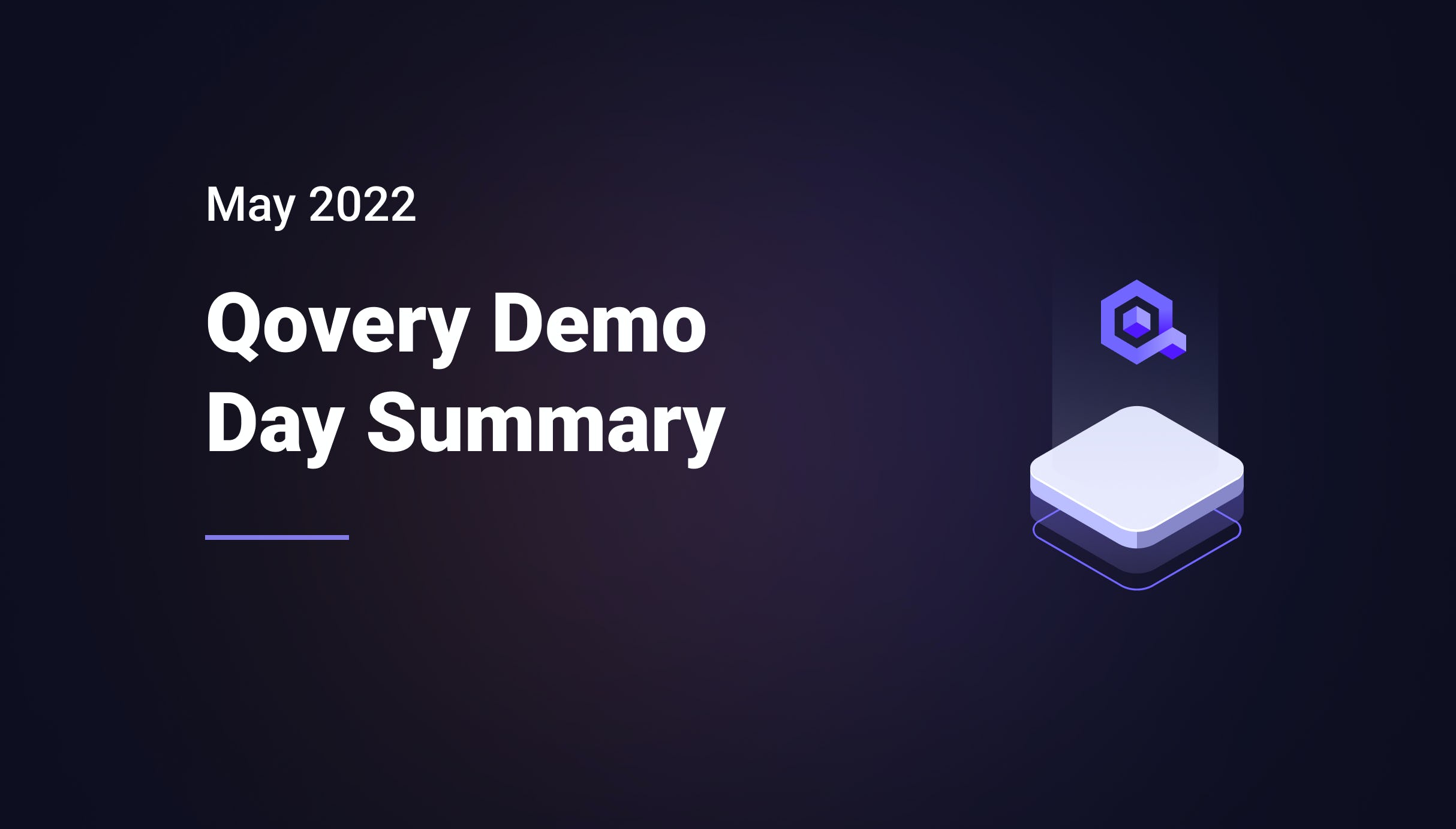 10min: What we worked on last month

Qovery builds your apps and integrates them into your CI. Developers are autonomous to make their applications run before releasing.

With Qovery, developers can deploy their applications in dev, staging, and production environments. Every push is deployed.

DevOps get a production-ready platform in 30 minutes on AWS, which lets them manage and control their infrastructure.

The Qovery Engine operates and runs on top of Kubernetes in your cloud account. It is open-source and ready to be fine-tuned as your need grow.

What we worked on last month

Our logs were missing a bit of magic, so we decided to dedicate a bit of time to:

In this changelog, you can find more information about how to filter the pod by name.

Our Frontend and Backend teams dedicated a particular sprint to bug hunting and improvements during two weeks! Why is that? Well, I made an entire article about it a few weeks ago!

Romain (Software Engineer at Qovery) made a significant improvement for Docker Build; in this video you can find all the changes that has been done in the code.

Our team shipped the Qovery Terraform Provider in February, but we realised that many improvements could be made, so we dedicated a part of a sprint to make it even better. Bilel (Software Engineer at Qovery) showed us the improvements made to the Qovery Terraform Provider; you can find all of it in this video, but otherwise, here is a small summary of what has been done:

On top of maintaining the V2 and adding essential features, our team is also working hard on the V3. Last month was very exciting because the team focused on implementing the layout and the first routing to manage the navigation system, so we could see a first glimpse of the V3 and test it ourselves; we can’t wait for you to try it out too.

You will be able to beta test the V3 in a few weeks; contact us via Intercom or Discord if you want to be included.

With more than 400 views on our last Qovery Demo Day, we thank you for your trust because our product, team, and vision would not be possible without your support. If you have any questions, don’t hesitate to contact us on Discord or directly on the chat from our website, and we’ll see you for the next Qovery Demo Day. 💜

If you want to see the replay of our live event, it’s happening right below 👇🏻

Bug Hunting and improvements week - what we improve on Qovery 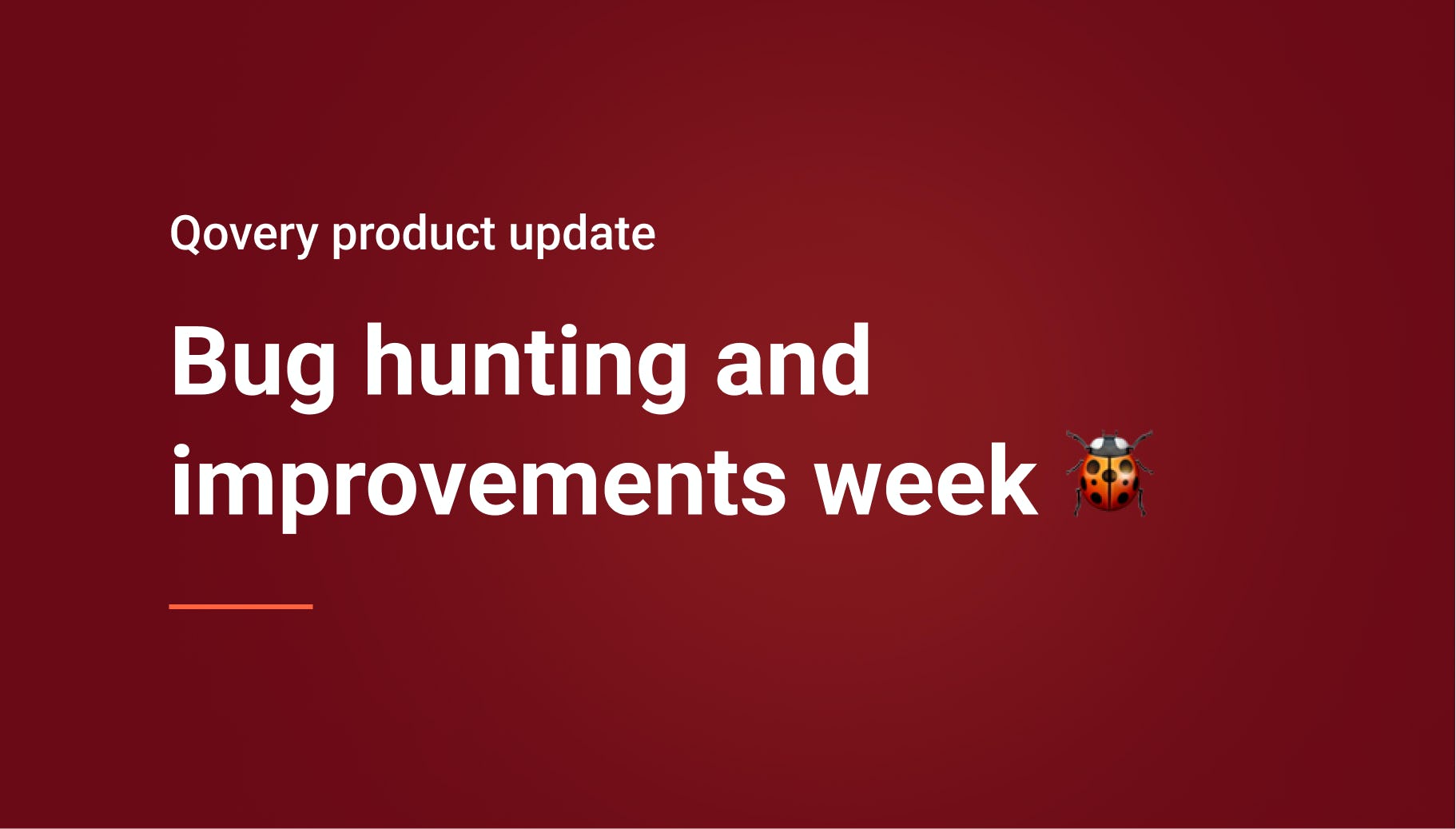